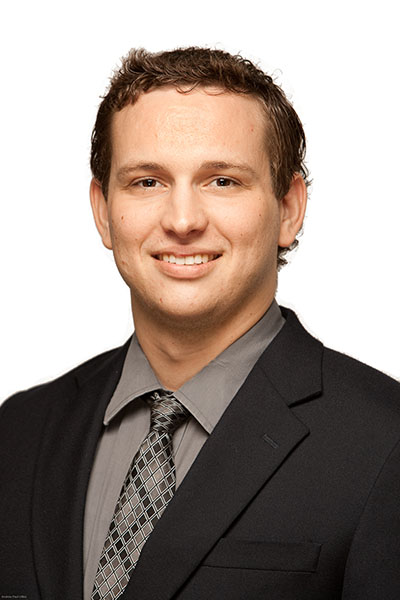 Mr. Fitts has been working as an IT professional for over 10 years. His interest began in computers at around 10 years old. He has founded and been a major contributor to several technology companies over the years. His first company was founded when he was 15 years old.

Tab came to work for VocMedEcon (at the time Arizona Vocational Consulting & Forensic Services, Inc.) in early 2013. He designs and manages the company’s proprietary software, databases, security and computer systems.

Tab lives with his fiancée, Mari in Phoenix, Arizona.

Rebecca Reaser joined VocMedEcon in early 2015 as an administrative assistant in supporting members of the team. Presently, Ms. Reaser is the referral coordinator and office manager. Rebecca oversees the gathering and relaying of file information to the various consultants of VocMedEcon. She brings a strong organizational and supportive background to effectively accommodate those needing administrative support. A recent graduate of the University of Phoenix with a degree in business with aspirations to return to continue her education in business, Rebecca hopes to be able to gain a stronger aptitude in business leadership.

Ms. Reaser comes from upstate New York, but moved to Arizona in 1994. She enjoys time with her husband and son, and tries to spend as much time enjoying the outdoor activities that Arizona so freely offers.

Ms. Olson has been in the insurance industry for a number of years. She started in the insurance industry when she obtained her Property/Liability insurance license in Minnesota while performing the duties of the office manager. Helen’s versatility lead her to a manufacturing company and as the personnel assistant, she dealt not only with the insurance, but also the worker’s compensation aspect. Upon relocation to Arizona, Helen began at Argonaut Insurance in a clerical position but soon moved to Worker’s Compensation Examiner Trainee, and was promoted to Worker’s Compensation Examiner. Helen then transferred to AIG where she climbed the ladder to Senior Claims Examiner handling national accounts for approximately eight years. Helen most recently worked at Republic Indemnity as a Senior Examiner for 15 years. In March 2013, Helen made a career change to Arizona Vocational Consulting and Forensic Services Inc., now known as VocMedEcon, as a Referral Coordinator/Office Manager. During her career in Arizona Ms. Olson has been an active member of AWCCA, serving as a board member through Treasurer, Secretary, Vice President, and President, two different times. She has served on most of the committees associated with AWCCA and has been a board member for Kid’s Chance of Arizona as well as Fred Brick Memorial.

Helen is married and her husband, Lew, is an avid prospector. They both enjoy camping, quad riding and spending time with their daughter – Vikki, son-in-law – Mike, and grandson – Chris. Their oldest daughter Kim, resides in Minnesota with her husband Richard. They have two sons, Mike and Tom, one daughter-in-law Wren, and two grandchildren. They also enjoy their step grandchildren and their children!